First let us establish what the word LAW is.  The word LAW comes from the Greek word (nomos).  (nomos) was the Greek word used when the word Law got translated in the Septuagint.  As you can see LAW (nomos) means an established LAW by Yahweh.  The word LAW (nomos) is often used when referring to Torah but it actually isn’t always correctly understood in modern day Christianity.  The LAW Paul often talks about means Torah which technically means divine instructions. If you truly look at it that way then all 66 books of the Bible could be called Torah since they all teach and instruct us.  This then means that THE LAW is still in effect from the beginning to the end.  There are some exceptions as Sacrificial Law has physically been done away with through the shed blood of our Messiah.  Spiritually speaking though the Sacrificial Law is still the same.  There is sin and that sin has to be atoned for.  Instead of killing an animal the spotless and blameless sacrifice was done through Yeshua.  So we have the “blood” needed.  We still have to repent to HIM to be forgiven.  Now back on track.  Many use Paul’s letters as a way of showing the Torah has been done away with or that the following Torah is no longer necessary.  Well this next verse was written by Paul and clearly states the (Torah) is established 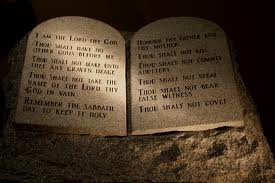 Romans 3:31 “Do we then make void the Torah through faith? God forbid: yea, we establish the Torah”

Notice that Paul states we are not to throw away the Torah but ESTABLISH it.  Yes, this means it is still in affect and we should be obedient to the Torah.  If you didn’t know, Paul came from a sect of Judaism called “THE WAY”.  He was a descendant from the Tribe of Benjamin and never walked with Yeshua like the other Disciples did.  Even though Paul never physically “walked” with Yeshua, he was still taught by Yeshua.  We have no excuse as believers to not follow HIS law as we are also taught by HIM.  We have his Ruach HaKodesh inside to lead us.  Paul had a vision on the road to Damascus and was converted into Faith in Yeshua.  Paul followed Torah and so did our Messiah.  Our Messiah followed it perfectly as he was the living, walking, breathing Torah.  The Pharisees tried to catch HIM sinning against the Torah and HE never once sinned against it.  We are told all the time to be like HIM (Ephesians 5:1).

It was stated by our Messiah that NOTHING has been done away with.  We don’t know how much more proof we need to establish that the Torah of YHVH is ALIVE.  It has been said that the Torah is inside of us according to (Hebrews 8:10).  Yeshua states that not even a little bit should pass from the Torah.   HE states that HIS Law is to stay the same until Heaven and Earth pass away as stated here in (Matthew 5:18).  HE even goes on to say that HE did not come to destroy the Torah as stated here in (Matthew 5:17).

So lets take another angle and use scripture to answer our question.  This is the way we often try to decipher the Sacred Text.  We use the text to decipher itself.  This keeps us from polluting our minds with “traditions of men”.  If we don’t know what sin is without the Torah and we know sin still exists, then we submit to you that the Torah still exists.  We have to put down this theological doctrine and pick up our Bibles.  The info is written down for all to find.  We need the Torah so we can be judge as stated in (Hebrews 10:28). The only difference is Yeshua has interceded for us and no longer can the Torah condemn us. Only HE can condemn us and we must try to follow His Torah He gave to Mosheh. 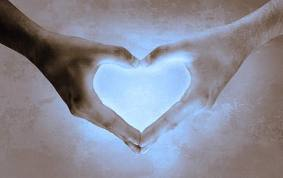 Our Messiah only cares about what our hearts feel.  HE doesn’t care about what our actions do without the Faith to perform them.  He cares how our Faith leads us to do the actions (Matthew 18:3).   HE does care what our actions do once we allow HIM to lead us.  If we ever want to get closer to HIM we have to have Faith and follow in His commands.  This doesn’t mean He expects us to be perfect.  It means we should strive to be perfect.  It means HE expects us to be obedient.  Many people believe we can throw out the Old Testament commands.  Have you ever been taught that through Yeshua our Elohim does not require that we follow Torah. He nailed the written code to the cross?   Have you been taught that HE released us from the Law when He released us from our sin through the Blood of our Messiah?   If you have been taught that then you have been misled.  Some believe we are to follow only 10 commands and others believe that we only need to follow the two most important commands that our Messiah mentioned when asked by Matthew in this verse.

As you can see, Yeshua has given an answer to the question.  HE also referenced the Torah in that answer which many people didn’t know or haven’t ever realized.  We will put the verses back to back to show that Matthew 22:37 is from the Deuteronomy of Old Testament.

Amazing huh?  Here we have Yeshua, whom some believe did away with following the Torah yet HE over and over again references and reestablishes it.  Every single disciple followed Torah.  If you look deep enough you will find that there are over 600+ commands in the Torah and 1050+ commands in the Renewed Covenant.  Yep, you read that right!!! There are more commands in the new than the old.  HE only requires Faith and through that Faith HE requires obedience to HIS commands throughout the entire Bible.  Knowing this, can we throw away 1050+ commands HE gave to us in the Renewed Covenant and only follow the 10 Commands that have become the staple to follow by Christianity? 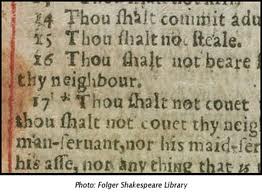 If you were taught to throw out the Law then you could also throw out the 10 commandments and Tithing because that is where those came from.  Our idea of Tithing is much different that what most Churches teach but we will cover that in a different study.  We don’t follow commandments to GAIN SALVATION.  We follow them to please HIM.  Ask yourself this.  Did you follow your parents commands to gain their love? Nope!!! The love your parents had for you was automatic.  You followed your parents commands to please them.  Now ask yourself this.  Do you follow HIS commandments so HE will love you?  Again, the same answer applies; NOPE!!!  We follow HIS commandments to show HIM that our Faith has lead us to try to please HIM.  HIS love is automatic.  Is your love automatic for HIM?  Do you ever question HIM and wonder why you believed in HIM in the first place?  If you have, don’t worry, HE won’t turn his back on you.  In this next verse John states what love is in (1 John 5:3).  Notice that we are told to “guard” the commands.  We already know we are to keep them.  John says this to let us know that it is very important that the commands stay pure and we don’t loosen up and let some of them slip away from our teaching.  In fact, Matthew covers it in this verse  (Matthew 5:19).  Now HE is telling us that we are told to keep them, teach them, and DO them.  Notice that it even says “the least of these commands”.   That means every one of them.  Not just some but ALL OF THEM.  None of them have been “nailed to the cross”.  The only thing that changed is we no longer have to sacrifice an animal.  In reality though, it hasn’t changed as the “animal” is Yeshua  and has already been sacrificed.  We still have to repent and take our sins to the altar (pray) and He wipes them clean (through HIS shed blood).    Again, we must know that we don’t want to die without the Yahweh’s Law given to Mosheh at Mt. Sinai.   (Hebrews 10:28).

Here are some other verses that pertain to the Law.  This next verse states the LAW is set apart and is righteous and good as stated here in (Romans 7:12).  Pretty clear there that the Law is Alive and well.  The only way to for us to be righteous is through Yeshua‘s sacrifice for us and because of that we believe we must try to follow all HIS commands.  This was Israel’s great failing. They forgot to love and determined to fulfill the law by works of the flesh. Yeshua came to teach the truth regarding the Torah; that the Torah is spiritual and can only be realized by love.  He also exposed the Rabbinical teachings of the Torah.  He taught we are not to follow man-made teachings that have been added to HIS perfect Torah.  Remember, it is prophesied here (Jeremiah 31:33) that Yahweh will put HIS perfect Torah in us and reiterated in (Hebrews 8:10). 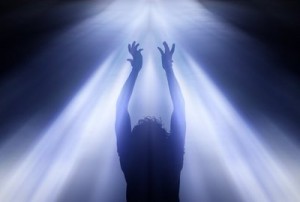 In conclusion we hope you can see that it was promised that we would receive Torah in our hearts.  We believe that was received during Shavout.  We know we received it.  We know the things we do are often looked upon as “Jewish” to our Christian friends but in the end we do it all for HIM.  It is too often that Christians disregard what the Jewish Faith does and who they are.  Yeshua didn’t do away with the Torah.  HE did away with the man-made teaching of the Pharisees and Saduccees that “added” to His Torah He gave Mosheh.   Next time you scoff at the fact that somebody holds fast to a commanded Feast Day, or follows Dietary Law, you might want to look at why they do that.  You will find it is Biblical and the Tanakh and Renewed Covenant tells us to do it.  We try to live our lives to please HIM and by doing so we hope to spread HIS message of what HE wants from us.  We do these things because we have Faith in HIS perfect Son, Yeshua and His perfect Word.  We strive to follow HIS commands as best we can and put down the theology of things being done away with by “nailing them to the cross“.  We will state again that we know following Torah does not bring us salvation.  We know that under the Torah very few would be able to come to HIM.  This doesn’t mean we should do away with it.  We know that Faith in the one true Messiah is the only way into the Kingdom.  It is often misleading when mainstream Christianity teaches that following Torah doesn’t get you into the Kingdom.  Technically speaking that is true as Faith in Yeshua is the only way in but nowhere does it say to throw away the divine instructions HE gave in the beginning.  We believe it is highly dangerous to claim you have Faith in Yeshua and then throw away or not follow HIS Father’s commands and precepts just because that is what has been taught over the last 2000+ years.  We believe that throwing out Torah causes most of the problems of today.  If all HIS people would study and learn HIS divine instructions from the beginning called Torah, the world would be a much better place.  We will leave you with this Hosea verse (Hosea 4:6).