Although this is about me, in Life, it’s about HIM. Now here is a little bit about my journey and me: 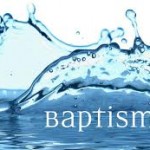 I was baptized Lutheran yet went to a Baptist church until the age of 12 or so. God was not something that interested me until age 38. It is a long story but for about 4-5 years, starting in 2006 or so, I searched through all religion looking for answers. I tried understanding what each religion believed in and what made sense to me. I stumbled upon many strange findings throughout my journey only to come back to what I was taught to believe at a very early age. Religion was not something that was important in my family’s upbringing. I was baptized and I did go to Church but it wasn’t something my parents stressed the importance of. I now believe it is important to teach what I know yet I also know that teaching does not make somebody believe. We must have our eyes opened. Some people will have their eyes opened wide, some not so much, and some won’t have them opened at all.

Acts 26:18 to open their eyes, so that they may turn from darkness to light and from the power of Satan to God, that they may receive forgiveness of sins and a place among those who are sanctified by faith in me.

I will save you all the biblical references in this statement about me as you will one day get them out of me in talking or reading my posts. Now back to my journey. 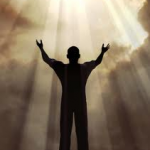 It may be hard to believe but while searching for answers I kept hearing a voice in my head. In fact, that statement makes me tear up writing it as I remember the voice and how stern but softly it was spoken. It kept saying “Keep Looking, Keep Looking”. I opened up article after article on the Internet trying to find God and trying to find answers that would give me Faith in Christ. I wanted so bad to believe in something, as death seemed hopeless to me. I started asking friends and family about Christ and trying so hard to believe in what they were telling me but I had no luck. I would just revert back to my same ole’ non-believing self. There was just something about the message I wasn’t getting yet I kept hearing the voice over and over and over again every time I would start to look for answers. I was on the computer early in the morning on April 1st, 2011. It was about 3am and something finally clicked. I was reading something about the crucifixion and got this overwhelming feeling inside that was telling me what I was reading has more to it. There was a man that I never have met that gave HIS life for all of humanity, as HE knew we couldn’t have salvation without HIM showing us The Way. Then I started thinking about how there was somebody long ago that horrible things happened to and HE died for the cause; never demanding anything more than believing in The Way and following The Commands. A man, that they called Yeshua. I then started looking deeper. That morning at 3am, the voice in my head said, “You found it”. I was so relieved to get this voice out of my head that I told everyone I knew about it. My friend Jim thought it was an April fools joke.  Little did I know that the voice never goes away.  It just changes it’s message. 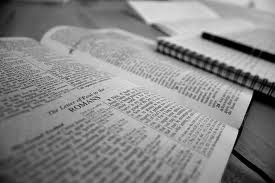 This started my journey on April 1st, 2011. That is the day I picked up a Bible and started to study it. To that point I hadn’t stepped foot in a Church for over 26 years nor ever once read any part of the Bible. As I searched through the scriptures I started learning things. I would get excited and start telling all my Christian friends and family about them only to find out they were never taught that nor did they believe what I said was in the Bible. This started bothering me so I started to dig a little deeper. I came across so many things that the Bible says not to do that the Church teaches are okay to do so I made it a mission to find the TRUTH.

As I was off one day, my lawn guy and now close friend Doug stopped to talk after he was done cutting the lawn. He was an acquaintance of mine and we talked occasionally about God when he would come by to cut the lawn. He said “I know you recently came into belief in God but let me ask you something. How many animals did Noah take on the Ark?”  I replied “2 of every kind, that was easy, I remember that from Sunday school”. He then said “Wrong, he took 7 clean of every kind a male and his mate and 2 unclean of every kind a male and his mate”. At that point I realized I was about 2 months into studying the Bible and I was already had been misled years before when taught only 2 of every kind went onto the Ark. From that point I regrouped and started to dig into the Bible deeper and found his answer to be correct.

From that point forward I have “TESTED EVERYTHING” I am either told or taught by someone against the scriptures to make sure it is true. In the Bible the Bereans did the same thing.

Acts 17:10-11 The brothers immediately sent Paul and Silas away by night to Berea, and when they arrived they went into the Jewish synagogue. Now these Jews were more noble than those in Thessalonia; they received the word with all eagerness, examining the Scriptures daily to see if these things were so. 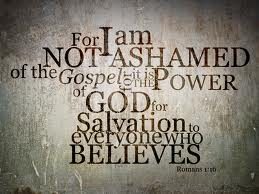 I am far from a scholar.  I have no seminary training.  I have just been led by HIM to find the TRUTH.  I don’t have a degree nor did I even own a Bible until 2011.  I have found that most of what is believed is man-centered tradition and the mainstream Church is failing us. We need to get back to the days when the Church taught from the Bible and not from some theologian’s doctrine that has been incorporated into the teachings over the last 2000 years. I now study word translations to prevent from getting the wrong message. Some things have been changed in our Bibles and other things have been tampered with. I am on a mission to uncover them as best as I can. I don’t have enough time in my life to do what I want to do but I can at least do some of it in hope of transforming what is being taught. I want to change Christianity back to the days when Paul was writing letters to correct the Churches. I want Christians to be united as one without doctrines getting in the way of that unity. I want to be remembered as a husband, father, and friend that helped spread The Gospel of Christ to those that did not know about it and help eliminate man’s doctrine from those that do know about it. My job is to make sure my family knows the Gospel so they can learn how to be saved. My calling is to uncover the misguided teachings in today’s Christianity and make sure my family and friends know the TRUTH.  It isn’t an option to just be quiet and go along in life knowing the TRUTH and not teaching it to my family and friends. I won’t let them down and this is how it all started.

13 thoughts on “My Personal Story”