We have been asked this question many times:
“If the word of Yahweh is true and needs to be taken at face value, and we are instructed to take the Bible as truth, why would HE allow anybody to mess with HIS sacred text.  Don’t you think HE would at least protect HIS Bible from being tampered with?”

Here is our answer:
“The enemy is always at work changing things.  Over the years he has changed our view of times, days, and even HIS sacred text.  As time goes on, more and more doctrine and Biblical inaccuracies become accepted into the Christian belief system steering us further and further away from HIM and the TRUTH.  If we want the real TRUTH we have to study HIS sacred text and compare it against itself.  If one Bible has a verse and another has omitted the verse that should be a “RED FLAG” to make us search deeper.  We can’t allow man’s word to replace Yahweh’s word.  We can’t allow changes to the Bible to go unnoticed as when that happens it will eventually become accepted as factual. 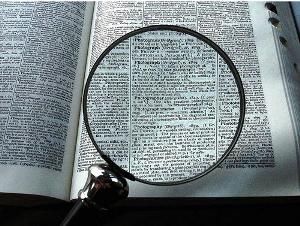 We have many, many things we have found got changed.  We compare current Bible versions against the oldest known versions to see what got changed as far as translations go and even as far as completely added or omitted verses.  We believe we are led by HIM to point this out to everyone around us.  Mainstream Christianity usually has no clue of what has happened to HIS sacred text.  Most practicing Christians (not all) go to Church once a week, listen to a sermon for 45 minutes then go home.  They usually never pick up their Bibles in-between sermons.  There are even some Churches that don’t emphasize the importance of owning a Bible.  Then there are other people, similar to us, that study often and try figure things out.  This doesn’t mean we believe we have more Faith, it just means we are dedicated to finding the TRUTH and hope others read our research and are moved to seek the TRUTH.  When one studies, there are often times that they find things that look contradictory or even notice something just isn’t right.  That is when we have to pause, study deeper, and find out what went wrong.  The changes in our Bibles have been taking place since they first penned it.  It is even more prevalent over the last 1000 years.  It is shameful and people need to know this stuff.  As time goes on, our followers that read our website and posts will learn what we have learned and hopefully the TRUTH will start to spread like wildfire.  At this point, we as researchers, are a minority.  We are often looked upon as bad-mouthing the Church or too technical.  We believe you can never be “too technical” when it comes to studying the Bible.  HE instructed HIS people on what to write down.  When that information changes from its original form, we have to “catch” it and expose it.  How do we catch it?  We study the orginal text, in its orginal form against our English translations.  There is a wealth of information on the internet to help us.  We purchased Bible software called LOGOS  (if you click the link it will take you to their software packages) in which we can compare 100’s of Bible Versions against each other to see the differences.  There are literally 100’s of errors and we will update this page as we come across more of them.  Some of the errors don’t really matter, but others change the meaning of the verse.  Some errors are just word translation errors but those also change the meaning of the verse.