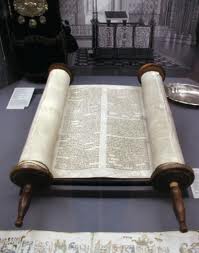 follow all of Yahweh’s commands given to them. That is why Mosheh lists the 10 commandments again. The “basics” if you will. Mosheh never once says there are only 10 commandments and he never said we only have to follow 10 commandments. The Israelites already knew ALL OF THE COMMANDS. They were given the commands in Genesis, Exodus, and Leviticus, and a few in Numbers… They received them from Mosheh because he was the intermediary the Israelites requested as the Israelites were afraid to talk to Yahweh directly. Mosheh knew during his dying days that the future of the Nation of Israel, called the children, rested on their acceptance of Yahweh’s Law given to him. Mosheh knew the Israelites had to hear the message one more time in shortened form as he was running out of time to teach. They just spent 40 years in the desert while Mosheh tried to convince them of Yahweh’s promise. At this point it was imperative that Mosheh spent his dying days giving Yahweh’s promise to the people one more time.