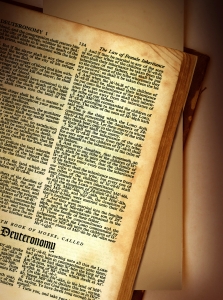 We have heard so often that we can throw out the Torah because of stuff like allowable rape.  We did our reseach and have found that is a very misleading statement.  In fact, we did so much research we decided to create this page about it.  The verse often quoted by many is below.  We have heard “In the Old Testement if a woman was raped she had to marry the rapist”.  This is so ABSURD and misleading we can’t even believe people don’t read things in context.  The reason this happens is because most don’t look into the translation and see what Hebrew words were used in certain situations.  Here is the verse in question.

Deuteronomy 22:28-29  If a man find a damsel that is a virgin, which is not betrothed, and lay hold on her, and lie with her, and they be found; 29 Then the man that lay with her shall give unto the damsel’s father fifty shekels of silver, and she shall be his wife; because he hath humbled her, he may not put her away all his days.

Wow…looks like we are commanded to marry a rapist huh?  Says that if a man finds a damsel that is a virgin and lay ahold of her and lies with her that he is bound to her for all his days.  Well let’s look into the verse before to put in context before we draw a conclusion.

Deuteronomy 22:25 25 But if a man find a betrothed damsel in the field, and the man FORCE her, and lie with her: then the man only that lay with her shall die.26 But unto the damsel thou shalt do nothing; there is in the damsel no sin worthy of death: for as when a man riseth against his neighbour, and slayeth him, even so is this matter:27 For he found her in the field, and the betrothed damsel CRIED OUT, and there was none to save her.The word FORCE in Deuteronomy 22:25 stems from the word CHAZAQ and means to forcibly lie with the person without consent.  If you notice later in verse Deuteronomy 22:27 it states that the woman CRIED OUT but nobody could help her so this is considered rape and is punishable by death.. We AGREE with this command. Now back to the verses in question.

Deuteronomy 28-29  If a man find a damsel that is a virgin, which is not betrothed, and lay hold on her or seize, and lie with her, and they be found; 29 Then the man that lay with her shall give unto the damsel’s father fifty shekels of silver, and she shall be his wife; because he hath humbled her, he may not put her away all his days.The word in Deuteronomy 22:28 for “lay hold on her or seize” comes from another Hebrew word

translated into Taphas which does not mean to forcibly lie with her it means to grasp or take hold of.  Later in that verse you will notice that this time the woman didn’t CRY OUT so therefore this verse is stating she isn’t all that opposed to it.  This has to do with a virgin and a virgin was to be bought or paid for to the family which she came from.  If this virgin laid with another man her value was half as much but keep in mind this virgin laid with this man consensually to some extent as again, she didn’t CRY OUT.  Very small difference from the English standpoint in word variations but not from the Hebrew language which was very descriptive and lost a lot of it’s meaning when translated into Greek.  So this AGAIN is a misquote to mislead people into believing the Israelites were to marry a rapist.
There is a huge difference between the two word meanings and it is clear to us that NOBODY was ever commanded to marry a rapist.